Since 1888, CDM Lavoisier in Paris, France has operated as a family-owned business and is a leader in the manufacturing of injectable drugs. They now inspect 30 different products on four packaging formats on the Syntegon AIM 3000.

CDM regularly develops new packaging formats  and pharmaceutical formulas and is committed to top quality for the safety and efficiency of their products. After very positive experience with several inspection machines and further filling and packaging technologies from Syntegon Technology, the company decided to switch from a combination of automated and manual inspection to a fully automatic inspection process for injectable glass ampoules.

The main challenge of the project was to optimize particle detection rates and reduce false reject rates within the system. A large variety of inspection recipes had to be implemented and fast changeovers had to be ensured for some 30 different products in four packaging formats. The AIM 3000 is performing high-end visual inspection and container closure integrity testing on one modular platform.

“We can definitely confirm that the Syntegon inspection technology and the entire AIM 3000 project has led to major improvements.” says Mr. Truelle, CEO of CDM Lavoisier: 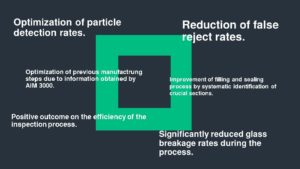 CDM Lavoisier has successfully managed the technology shift in its inspection of glass ampoules and the performance of their inspection performance is increasing from week to week.

“This very demanding project with its thorough project management and efficiency has once again convinced us of their qualities as a reliable partner,” Philippe Truelle concludes.

Curious to learn more? Watch the video or get in touch with our team! 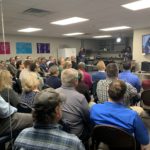 On Thursday, January 16th, Syntegon had a global kick-off celebration for the new brand. Over 70...
More

Syntegon presents processing and packaging technologies for confectionery at ProSweets

From January 30 to February 2, 2022, Syntegon Technology will showcase its technologies for the...
More 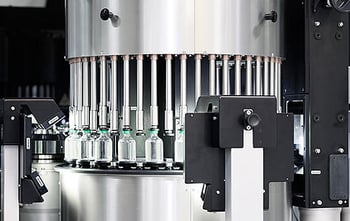 Since 1888, CDM Lavoisier in Paris, France has operated as a family-owned business and is a leader...
More