Extractables data for PreVAS needles and rolling diaphragm pumps have gotten a refresh! Syntegon has enhanced its legacy extractables testing of the PreVAS single-use family of products to encompass the broader scope of solvents and time points required by the standardized extractables protocol recently updated by the BioPhorum Operations Group (BPOG).

The BPOG protocol, as it’s colloquially known, has seen growing levels of adoption across the pharmaceutical industry. With increasing requests for single-use components to be assessed for extractables in a standardized manner, Syntegon rose to the task. PreVAS needles and rolling diaphragm pumps have now been evaluated for extractables generated from six different solvents at two time points and temperatures. The standardized experimental protocol aimed to identify non-volatile, semi-volatile and volatile compounds as well as elemental impurities extracted under “worst case conditions” from our single-use components, to enhance our historical data and provide users with valuable data for their follow-up leachable studies. If you’re a current PreVAS product user or are interested in learning more about our single-use products with enhanced extractables testing, contact us for more information. 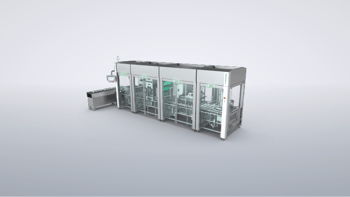 BIOGRUND and Syntegon Partner to Make Your Life Easier

In many of my previous Syntegon articles, I have lamented the high cost of drug product...
More
05.05.2020

Downtime, product waste and low machine output are all factors that erode efficiency and...
More
14.04.2020

Changes are coming for many peristaltic PreVAS system users.  In order to support you with...
More